Acquisitions and mergers with other utility businesses meant that the IT team had to deal with multiple GIS, outage management, customer information and other systems. The goal was to make spatial and associated data from different, often incompatible systems accessible to all users, not just the GIS team.

Within five months of the initial IQGeo deployment there were more than 5,000 users. This has since grown to 15,000 users with more than 8000 using it 24/7 /365 to access GIS and associated data from several systems. IQGeo users are using a range of workstation and mobile devices in both online and offline environments.

The most significant benefit was improved integration of the new merged business units. All GIS asset data is exposed through a single tool to designers and asset engineers. 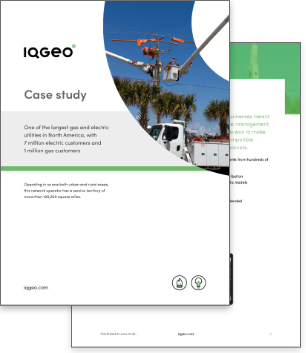 Provide GIS viewing and tools to all teams